GROUP CHALLENGE – Design a mini collection for a selected design house that would suit the style of your group.

Well, at least it is more interesting than last episode, and group challenge, and 12 hours of work, would tempers flare when big personalities clashes with each other? (My answer, I don’t care and I just want to see the runway).

For this post I’m going to be diligent and try to include the pictures for this episode, and Facebook album is a bitch. How did those fashion bloggers create these types of posts constantly?
END_OF_DOCUMENT_TOKEN_TO_BE_REPLACED

Design a garment inspired by an exotic tropical flower. The designed must be named to highlight the flower and essence of the garment. Eg. Wild Orchid
Utterly boring, just being inspired by one freaking flower?

END_OF_DOCUMENT_TOKEN_TO_BE_REPLACED

Challenge: Design a garment inspired by an item of jewellery from Peace-is-of-Bianca. The design must be the perfect black dress that is a platform to showcase the jewellery.

If I’m watching a show about fashion in general, I loathe the colour black, because it is a boring colour and you can’t see really well in screen. But I am okay with this for now, because it is a good combination of an inspiration challenge and a forced design element.Though for me (as I am a guy), I don’t really care about jewellery, but there are some unique designs like the literal flower earing.

Purchasing & Studio Drama: I just skip it unless it was actually relevant (except for the mention that the Jamaican dollars are very little compared to the US dollars and how much lack of sleep they have, which I sympathize when they only have freaking 8 hours of non-stop work).

Mentor & Designer Thoughts: Now that is more like it, though it was now less interesting than her first appearance (Good job on mentioning that you can’t see small details on the runway), but the thought process with the contestants design are really nice, and now you can really see the jewellery up close (over the beginning with the jewellery choosing process was quickly skipped).

And Mercedes Gonzalez, messing up people things on screen was kinda rude, and I am not fond of you making the runway boring by telling people to sell out to normal people, even if business is your trade and said normal people makes up of 99% of your client base.

Guest Judge: Bianca Bartley, founder of Peace-is-of-Bianca, only huh by fact that she never even appeared from the beginning to announce the challenge

Camera, please let us see more of the design itself than the people’s reaction to it.

Really catchy Jamaican music, though I felt that the Mission Catwalk track would be more appropriate cause the designs of the runway is too serious for the casualness and high-spirit nature.

For the designs itself, well it is All-Stars, so all the designs didn’t seems to have really serious flaws (okay, except for one), which is impressive for an 8 hour task with some studio drama and some mentoring. If fact most of them are more than fly off the racks, the asthetic value is good and Fashion Week worthy.

Note: Never take cuffs or rings, because they are too small, so viewer will never see how the design actually synergize with the jewellery.

Winner: In truth, I would have chosen Sheena Garby design, because it was way more complex than the actual winner, even though the curves are quite racy they complement well with those earrings and make it looks like the jewellery is just for the dress alone.

Eliminated: No complaints, this dress really show my eyes at how ridiculous those earrings are, and I feel bad for the model boobs (more than those distracting strap-ons.

My point still stand, black is an awful colour to the viewers. 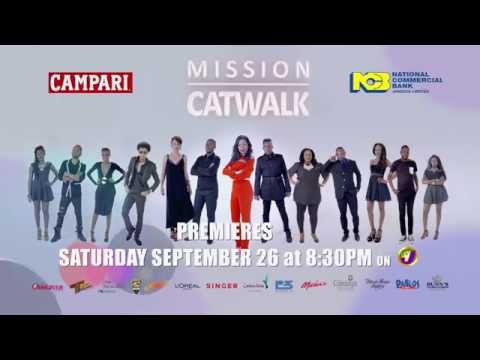 First Impression: Caribbean version of Project Runway. I just watched the first episode in YouTube, and if Tom and Lorenzo watched it, I think they would proclaim it miles above their original Project Runway All Stars, in terms of production at least.

Currently drama free. I just hope that they have good sewing skills and good innovative perspective. Though it is quite strange that the show never really focus on whether any of the contestants have some kind of technical issue.

Challenge: In 8 hours, design a garment inspired by a piece from a past challenge that defines your style and that will show your growth as a designer.

For my interpretation: Of course I would give it surprises, but I would also want to make it felt that it can be a collection with my past deisgn.

Since I basically jumped from this series to All Stars, I have absolutely no opinion about who the contestants are (aside the assumption that 60% of them would use beautiful lazy fabric like Anya did in Project Runway Season 9).

Still, at least it is not an unconventional material challenge. And it is a nice memory lane about these All Stars.

Well she’s no Tim Gunn, and she is unapologetically more about the retail side of fashion (marketing, trend, mass production and of course, making money), having her talk with almost all the contestants (which is most of the clothing design part) and let her talk about the business side of fashion makes her quite knowledgeable and legitimate. Still, from a fashion ‘designer’ perspective, I’m quite vary of her input because she might bring down the runway from a designer perspective, in the name of business.

Though for this challenge at least, I’m okay with her for now since the time limit of 8 hours screams lazy retail.

First off, I’m surprised that none of the contestants get a voiceover like the usual Project Runway format, and the vocal-accompanied music is sometimes distracting when watching the runway.

But for 8 hours, I didn’t really see any obvious clunkers in the designs (albeit the designs are mostly safe and pretty), and having all the models do a final walk (you know, the finale where the models walk together like queueing for another paycheck) is quite nice.

Main Judges: Novia McDonald-Whyte, Carlton Brown (a menswear designer, why is he here?)

My favourite part of the episode, given how everybody gave constructive criticism towards the 6 designers to the point, and even judges politely disagreeing to one another viewpoint, although some critique is quite short, and you can already know who is going to be eliminated when the judging is on.

Really grabs my attention for now.

To watch the show:
https://www.youtube.com/watch?v=70OnNk7DfIw